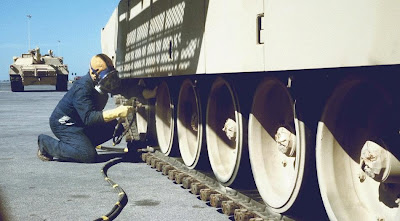 My 2 Boxes of Panzer IV's from the Plastic Soldier Company finally came in last week. Once I got them assembled, I wanted to primer all of my tanks so that I wouldn't be staring at bare plastic and metal during my games. My usual primer, Tamaya Neutral Gray, hasn't been in stock at the local hobby shop lately, possibly because of the Tsunami that hit Japan. So instead I bought some Testors Semi-Gloss Primer (for half the price). Big Mistake! 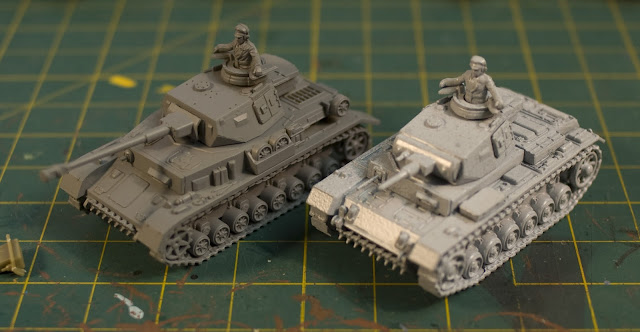 On the left is a Panzer IV that's been primed with my last can of Tamaya. On the right is a Panzer III that I primed with the Testors enamel. The Tamaya paint dried in 10 minutes and kept all of the tank's sharp details. The Testors paint, on the other hand, took 5 days to dry fully (they still stink a bit) and has muddled all of the detail of the model. 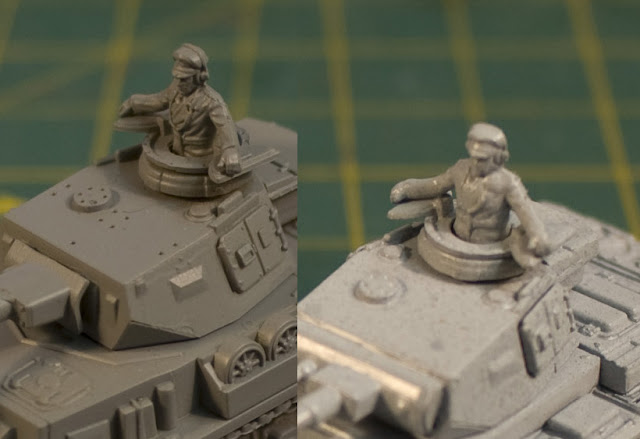 You can really see the difference in this picture. On the left, the Tamaya primer has preserved all of the Tank Commander's detail. While on the right, the Testors has all but destroyed it. The mottled look is because the 2 cans of Testors primer that I was using DIDN'T MATCH. Ugh!

I've learned my lesson. Stay away from Testors!
posted by SandWyrm at 2:55 PM