Getting Ready To Face The Horde... 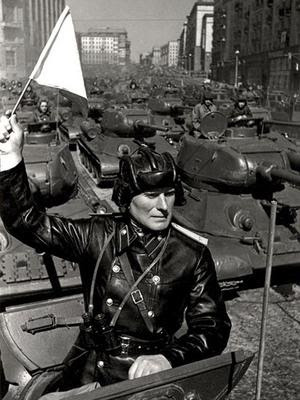 Hopefully, TheNeverThere has finished assembling his 21 T-34s to a playable state for tonight's game. Here's the 1450-point German Panzerkompanie that I'll be trying to hold them back with.


Wow. That's only 9 tanks and some rocket tubes to face the T-34 wall. Let's break down the list and see how I expect to use everything... 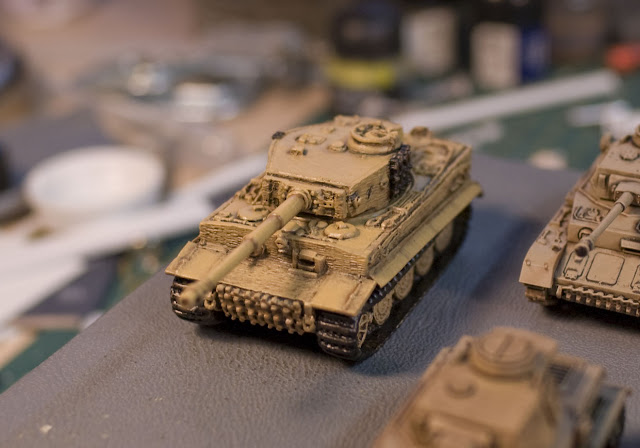 This guy is a real beast, to be sure. But I really don't expect him to do a whole lot. That long-range, hard hitting, 88mm gun only gets 2 shots a turn (unless I roll lucky for his Tiger skill), and if those T-34's get close enough, they could glance me to death on the front or get lucky pens on my side armor.

Really, he's there to frighten the enemy, distract, and maybe pick off an isolated unit that's giving me trouble. Placed in ambush, he could be pretty nasty in a defensive mission. 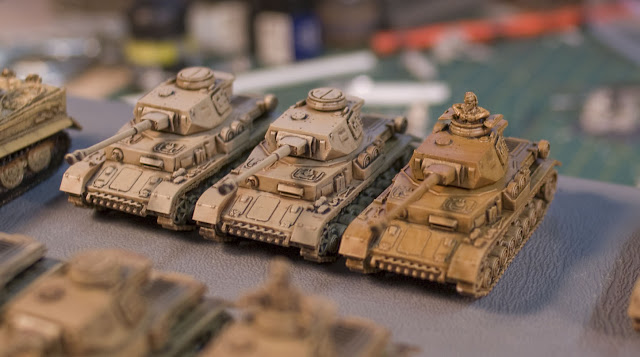 With their long-range guns, these guys are going to be my primary workhorses. The Tiger has a much better gun, but the F2's should make up for in quantity of shots what they lose in quality. Their armor is paper-thin though, so I'll be hugging cover and depending on my Stormtrooper moves (very similar to the Tau's Jump-Shoot-Jump assault phase movement in 40K) to keep me hidden when the T-34 wall gets too close for comfort. At the beginning of the game, they can deloy in cover, where TheNeverThere will need 6's to hit me at long range.

The 1iC (First In Command) 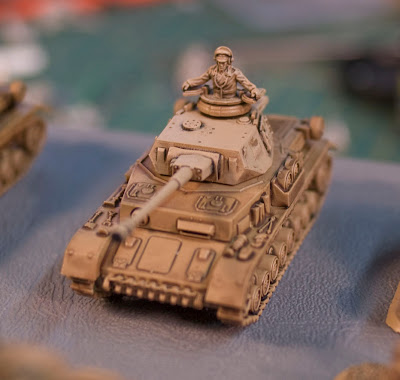 This is the leader of my company and he'll probably join up with the other F2's to let them re-roll their morale checks. It's important to keep him safe though, as if he dies my entire army will run away should I lose more than half of my platoons (3 of the starting 4 in this army). 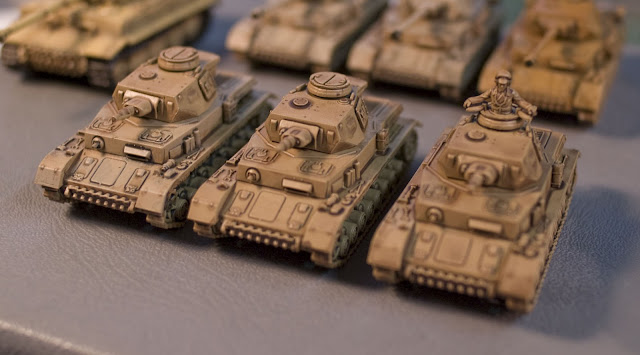 The F1's (unlike the F2's) were never designed to engage other tanks. They're primarily an infantry support tank. Their short barreled howitzers are actually worse for AT work than the better armored Panzer III's I use. While I can fire long-range artillery-style bombardments with them, that's really only good for pinning down enemy infantry. Since all I could do is bail out (stun) a T-34 when firing that way. Maybe.

Buuuuuuut... They do have one redeeming feature that I'm banking on. The F1 is the only German tank that can fire smoke rounds. Remember those 2" smoke templates I made? For every hit I score with these guys, I can lay down 2 templates that touch the target tank. Any LOS drawn through those templates will reduce your view range to 16" and even then you'll have a 2 point penalty to hit anything you can see.

So, I'm hoping to be able to create a wall of smoke with their fire that will force the T-34's to keep moving instead of firing. I might also be able to make only certain targets (like his 1iC) visible, so that TheNeverThere has to allocate hits to him. Muhahahaha...

The 2iC (Second In Command) 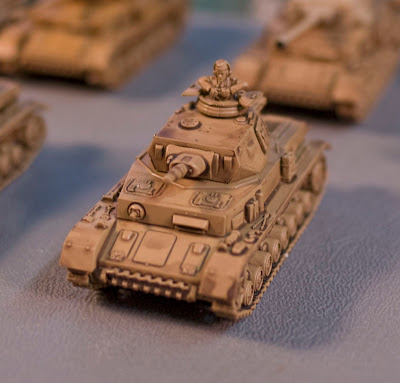 Like the 1iC, this guy can let a platoon re-roll their morale checks. But nobody cares if he dies. :)

I had 85 points left over, so I took a small platoon of rocket artillery for 80 points. The transports were another 5 points, though I don't really expect to use them. The small team on the far left is the observers, who are the artillery's eyes on the field. The small team to their right is the command team for the battery, who will be staying with the guns.

Two-gun artillery batteries really aren't all that good for trying to kill things, as you have to re-roll your hits. But that's not what I'm going to use them for. My plan is to use them to drop a large 6"x6" smoke template on the enemy. Like with the direct-fire smoke from the F1's, this will force TheNeverThere to move. Meaning that he'll get fewer shots at me. 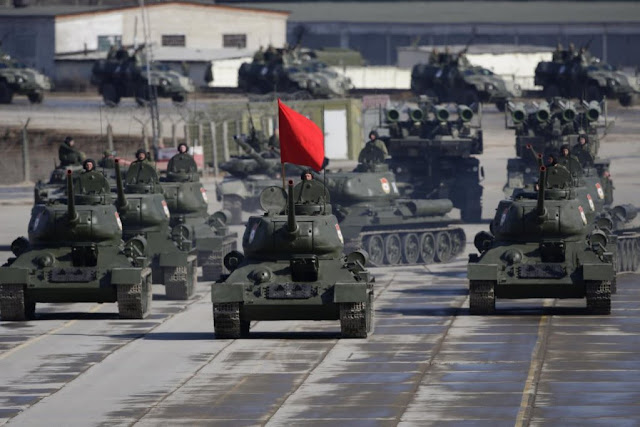 And that's the plan! I expect that we'll get at least 2 games in. So I'll take pictures and post the results here on the blog.
posted by SandWyrm at 1:28 PM