I went down to the North Store last night and had 2 games against TheNeverThere's Russian tank horde. I'll detail the results in my next post, but I wanted to show off some pictures of TNT's T-34's first.


When I got to the store, TheNeverThere had already set up a nice delta formation for me to photograph: 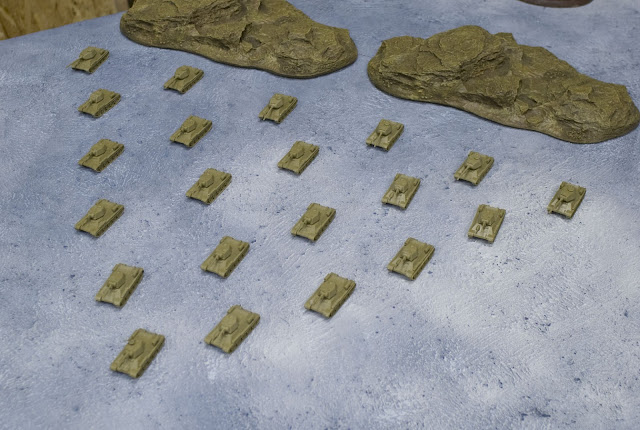 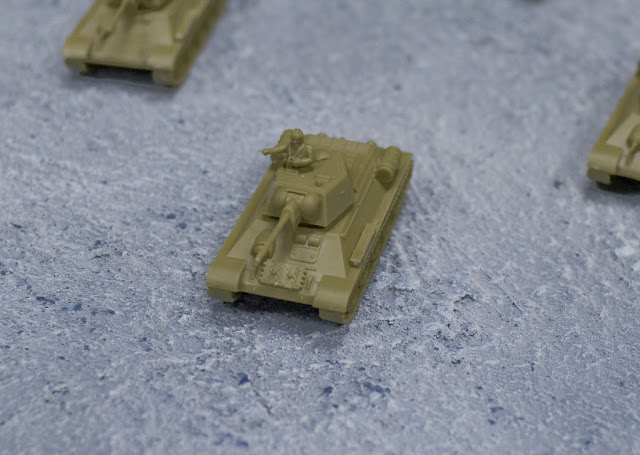 The detail on these Plastic Soldier Company T-34's is pretty nice. You get more unique details with the Battlefront resins, but I prefer the clean, un-warped lines that you get with the plastics. 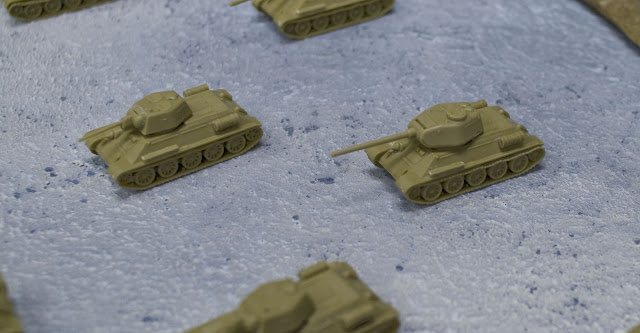 Here you can see the 2 different turrets they came with. The smaller is the 76mm gun, and the larger is the 85mm gun that is only available in late-war. For our game, we used them to denote his upgrades that used the high-penetration 57mm ZIS-4 gun. 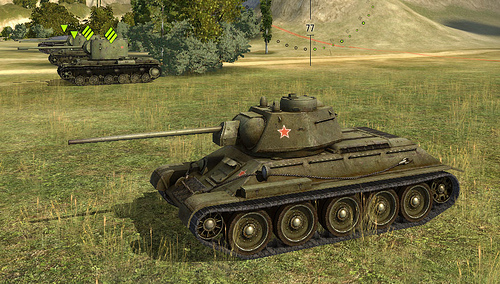 Which is just the 76mm turret with a longer barrel. It could be easily converted using some brass rod and a pin vice. But using the larger turrets will work for now to tell them apart. 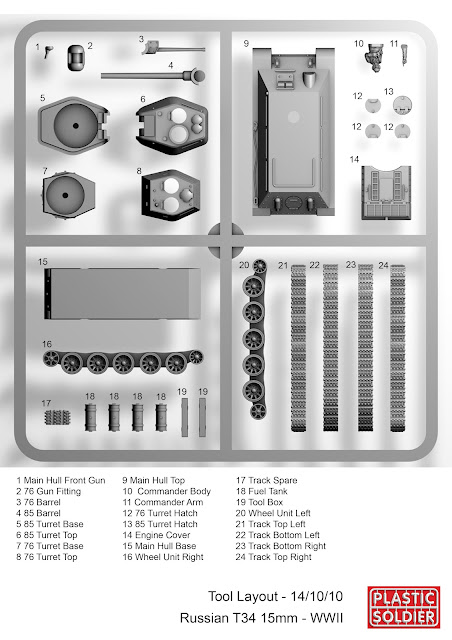 The only real problem with the PSC kits is that they only included one commander model. So unlike the German Panzer kits, you can't use one as your 1iC/21C and another for all of your platoon commanders.

My solution would be to use the commander model for the 1iC/2iC and then put cupolas on only the platoon commanders. Which is somewhat historical. TheNeverThere wants to put cupolas on all of his tanks (to avoid the 1 point penalty for shooting to the side), but I think he could find a better use for that 85 points. Such as a heavy mortar platoon company or an additional tank in one of his platoons companies. Maybe some experienced Russian players can chime in with their opinion.

Anyhow, it's a pretty impressive force, and was quite fun to play against.
posted by SandWyrm at 12:47 PM