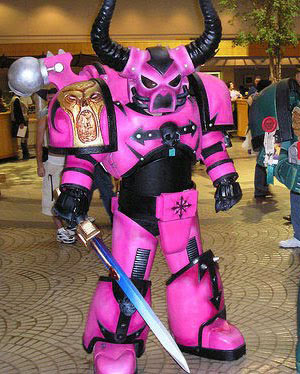 Chambers and I finally got a game in! Though we had to travel to Adepticon to do it. We played after my game with Dethtron on Saturday. The battle report for which will be coming on Friday. :)

Do you hate "Counts As" armies? Well prepare for your head to pop! He runs his Slaanish Terminators (Lovingly modeled and painted by Ron at From the Warp) using Space Wolves rules. Kirby would be proud. :)

It was a heck of a time finding a table to play on. The main 40K hall was full-up on Saturday with the Team Tournament, and while there were tables elsewhere, there wasn't much terrain available (note: Next time I'm bringing my own).

Finally, Dethron and I settled on an unused 4x4 table in the Epic 40K/LoTR room. After he and I were done, Chambers and I had our game. His army isn't really competitively built, so the 4x4 size and the extra terrain would give him some additional advantage against me.

The mission ended up being Sieze Ground with 3 objectives. Chambers won the rolloff and took the side with 2 objectives near his deployment zone. 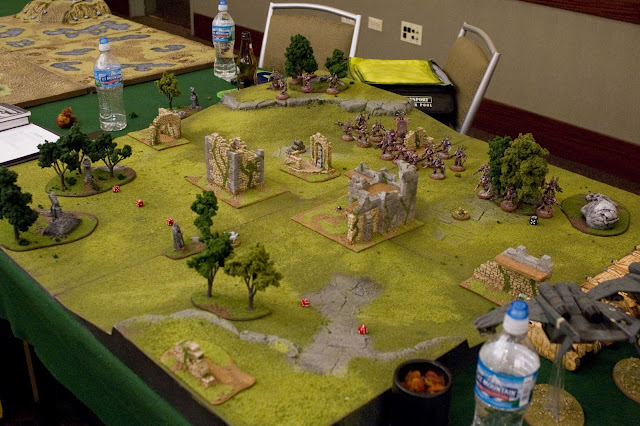 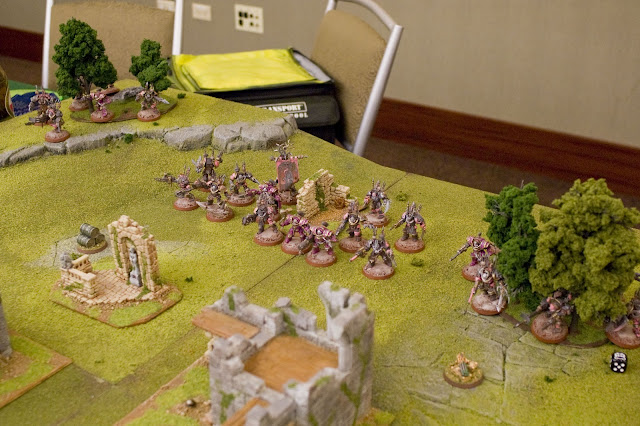 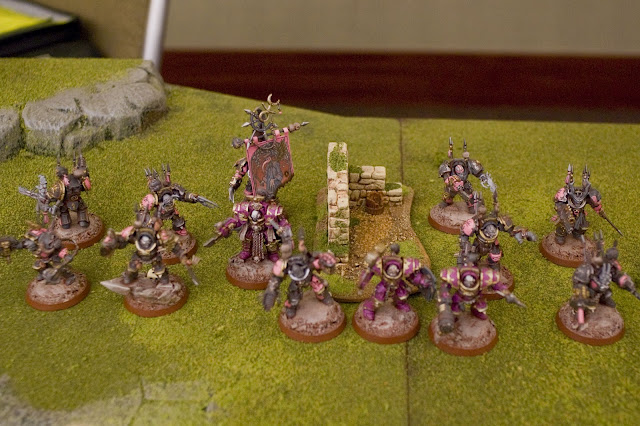 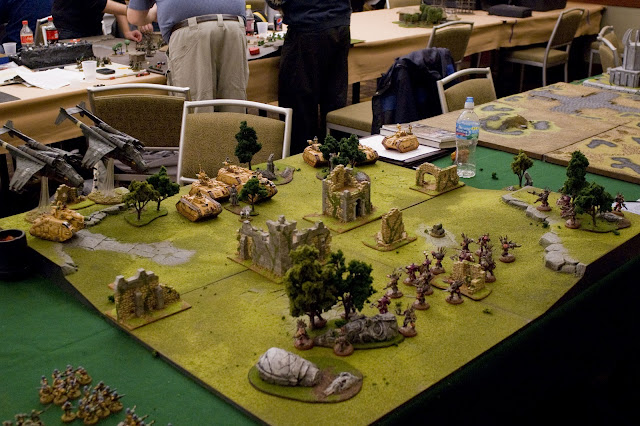 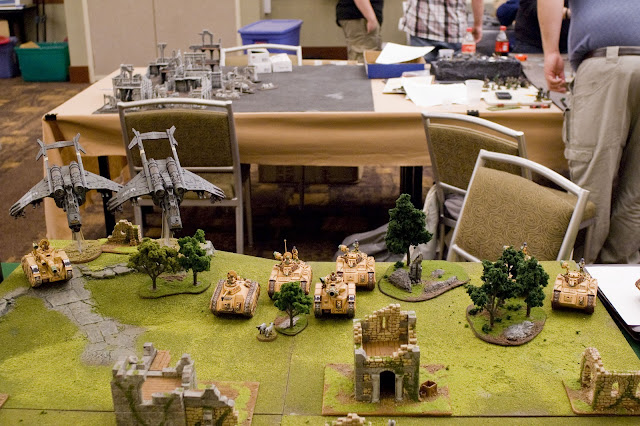 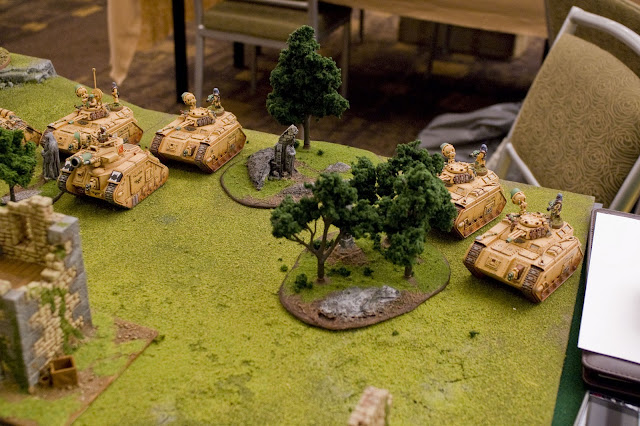 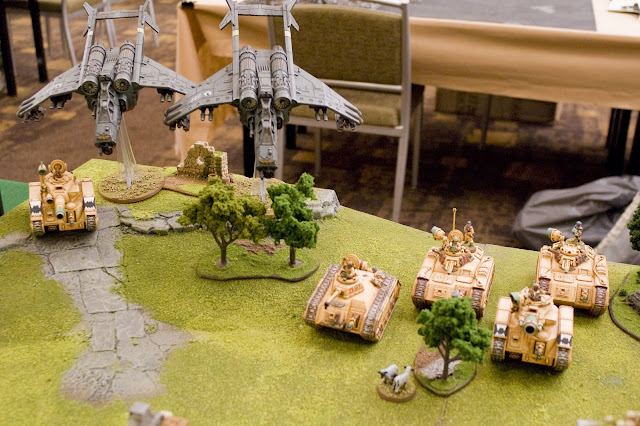 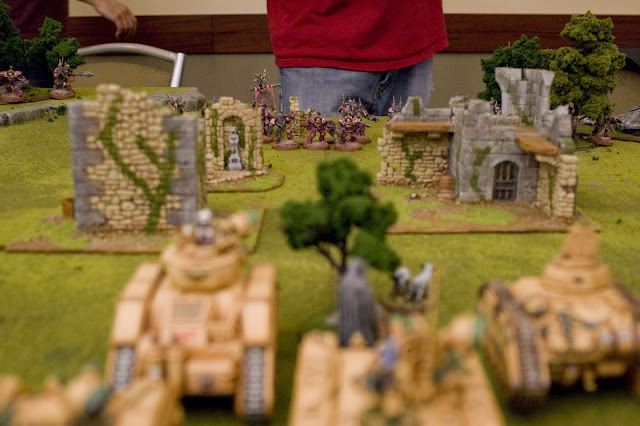 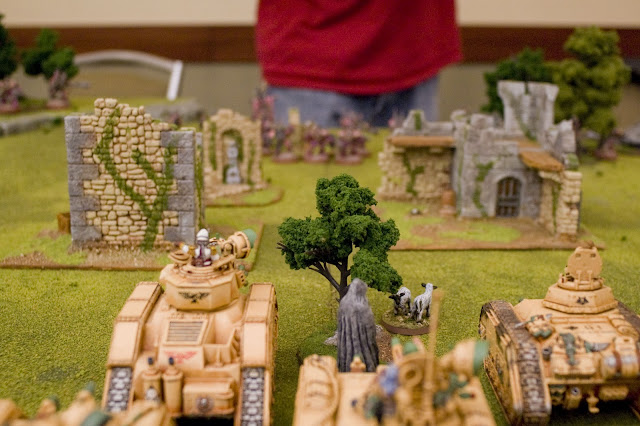 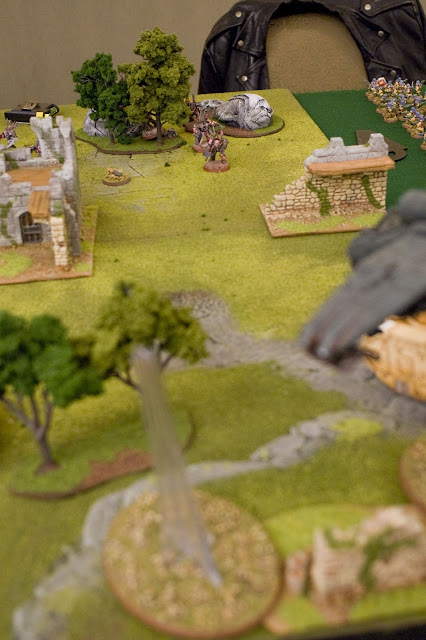 One Vendetta down to missiles. 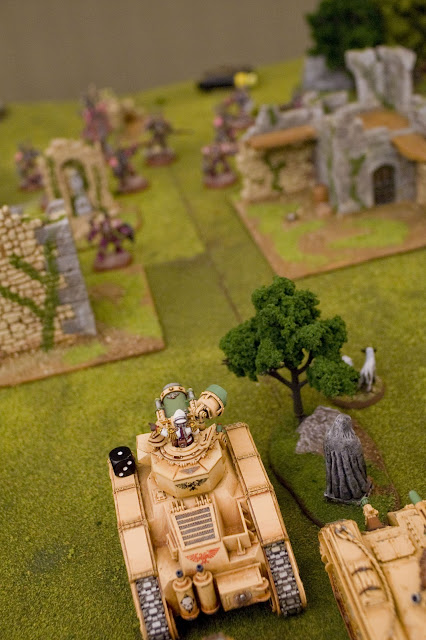 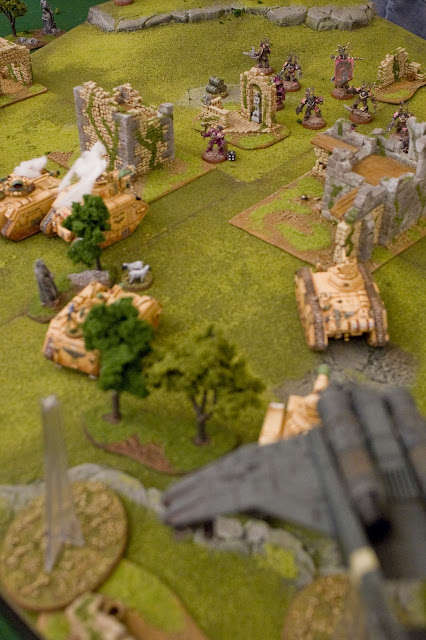 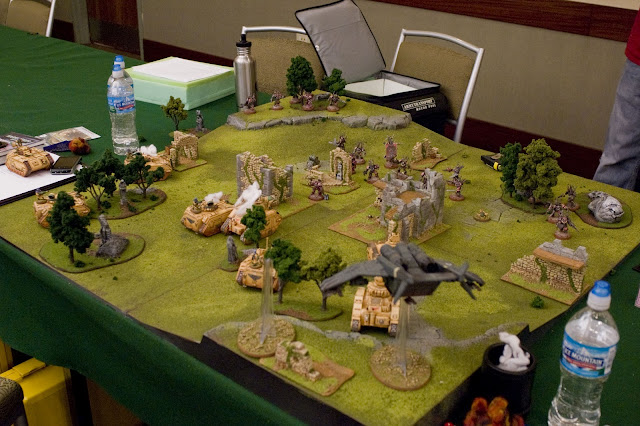 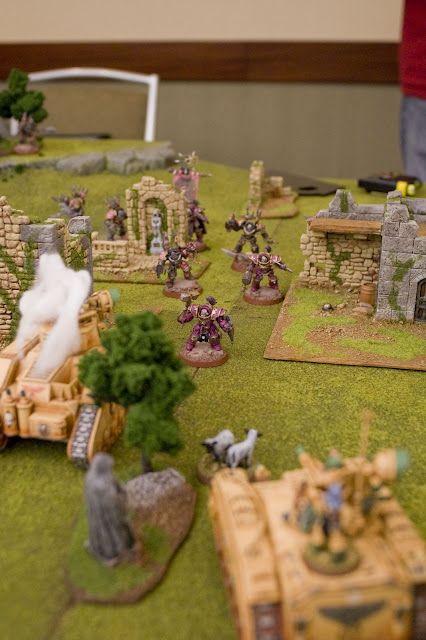 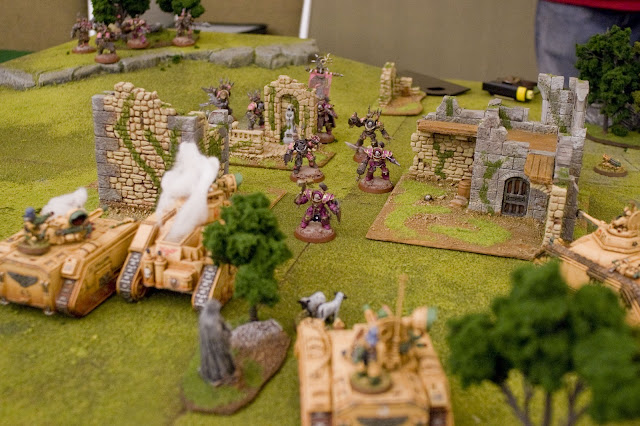 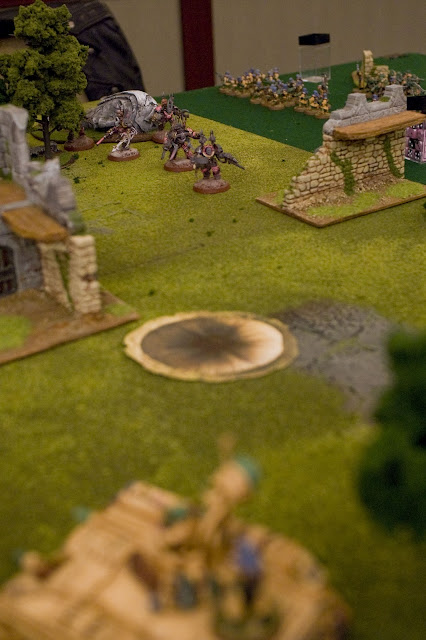 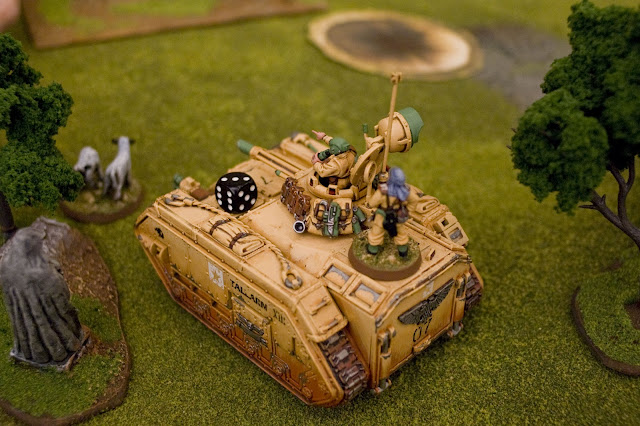 Around this time we hear the Epic 40K T.O. announce that the two Necron players will be fighting each other in the final round. Everybody cheers wildly! 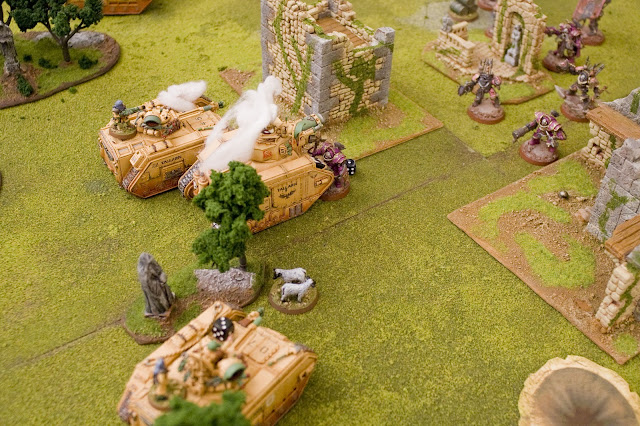 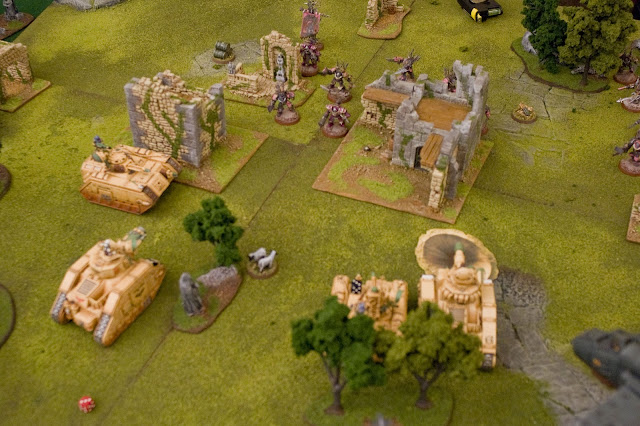 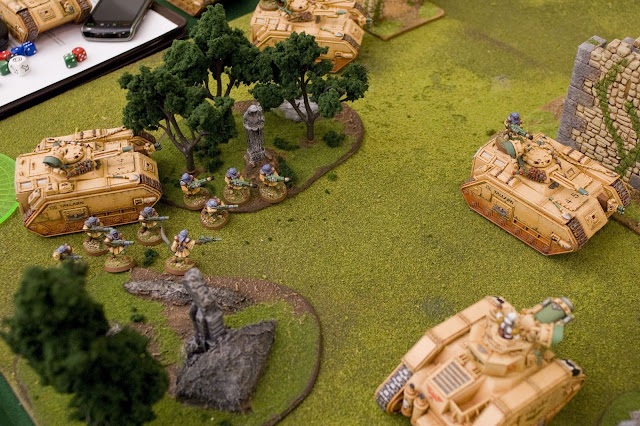 Immobilized myself on some terrain. Gotta walk. 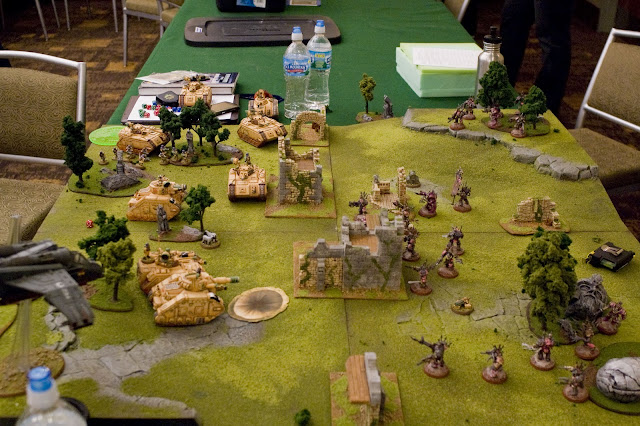 I'm whittling him down slowly... 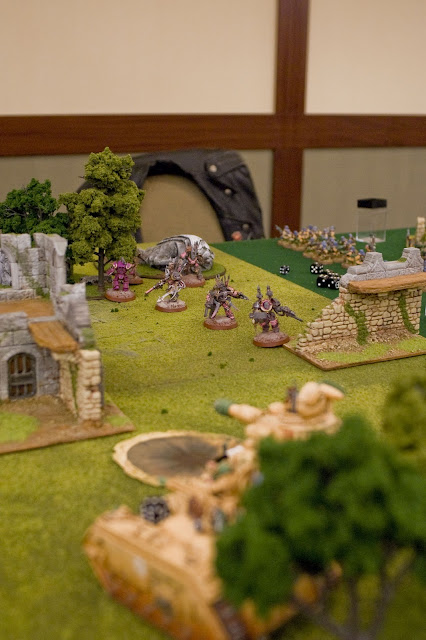 Moving up on the right. Well, except for the guy peeing on the tree. 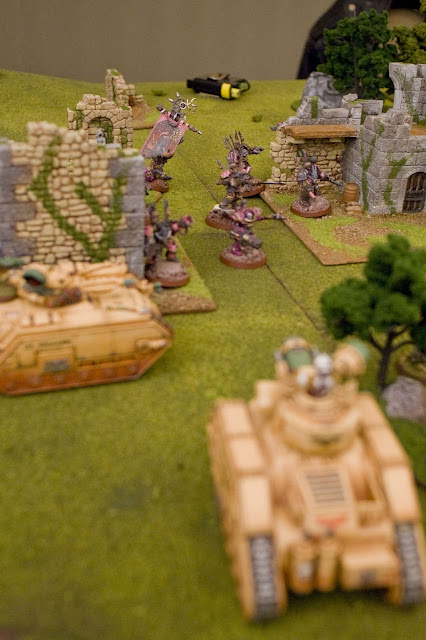 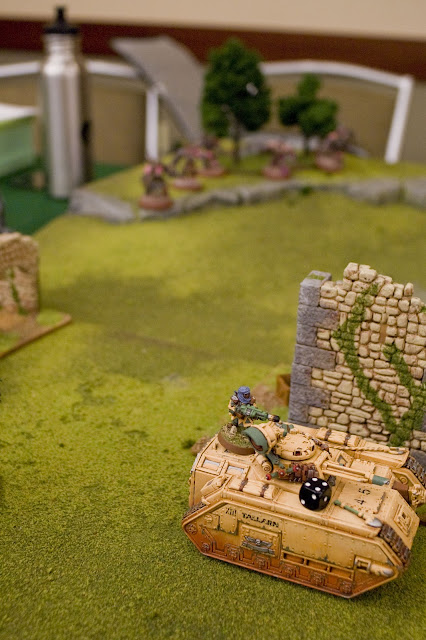 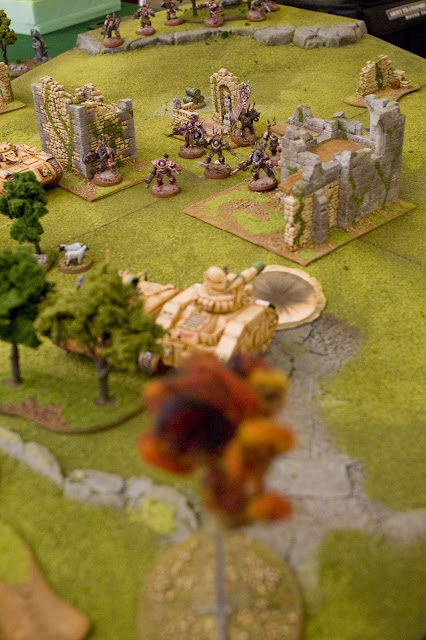 2nd Vendetta down. This shot is so Battlestar Galactica (1979). 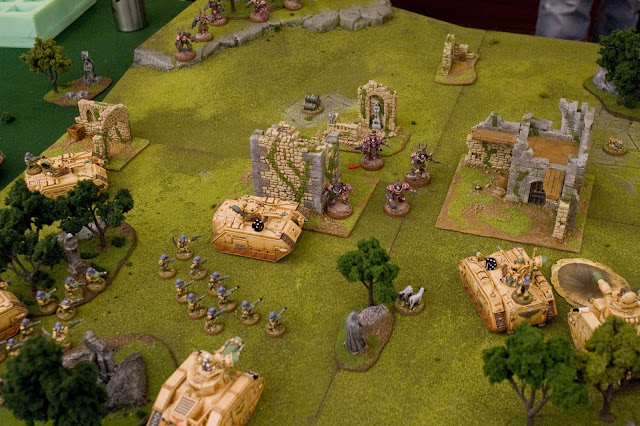 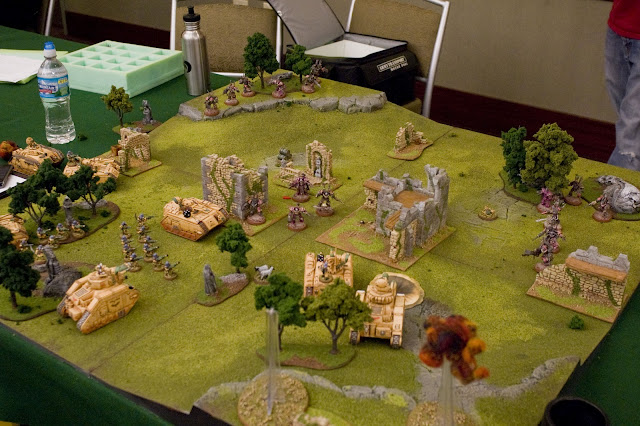 So then the guy that let us play on the table walks up and says that the guy who owns the trees has to leave. So we do a quick switch-aroo on the terrain and get back to playing. 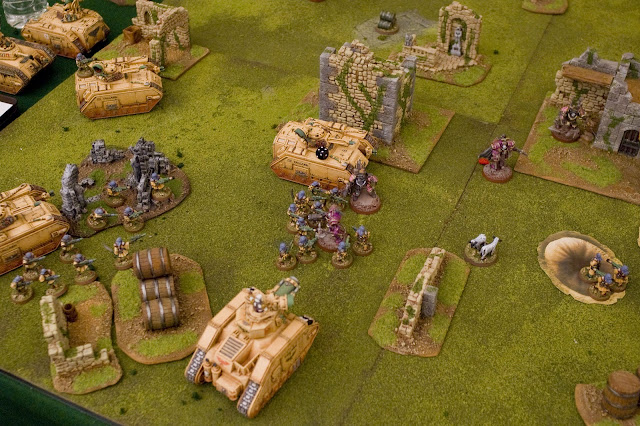 Assault! He won the combat of course. 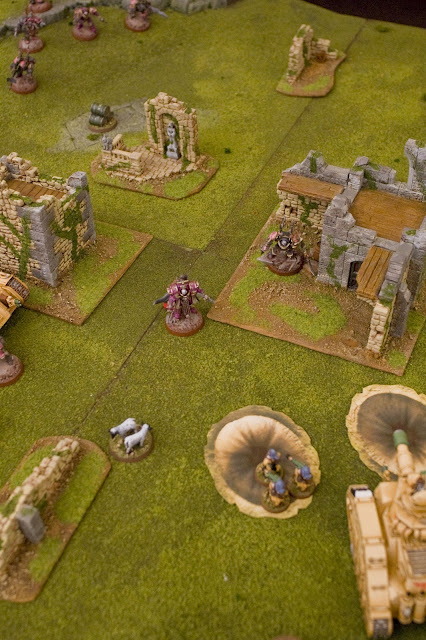 And then that same guy walks up again and apologizes profusely. But he says the guy who owns the trees also owns the board we're playing on. Oh well.

So we pack up.

Now I'm sure the perverted "Counts-As" traitors will claim that they won the battle. But don't believe their lies! The forces of the God Emperah WYSIWYG were clearly victorious! The sheep will back me up on this. ;)

(It seems Chambers and I will never get a proper game in. Sigh...)
posted by SandWyrm at 3:43 PM