Sweet Zombie Jesus my army is better than yours!! 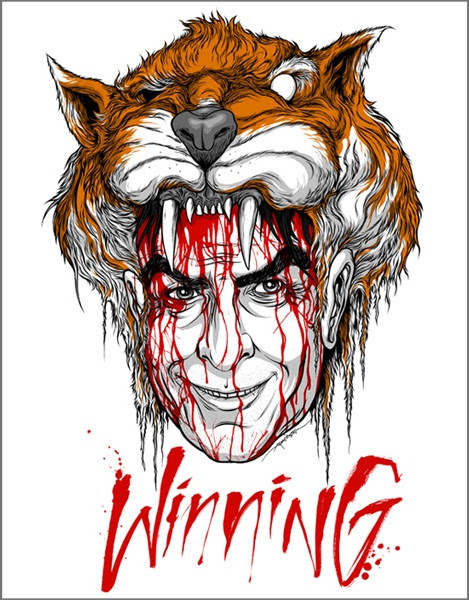 I'm just gonna throw this out there, because I don't want you all to get your hopes up and be disappointed later.  If we play, I am going to destroy you.

Here's the thing, and I'm just being honest.  I have an answer for everything you can put on the table.  I'll break it down just for posterity, starting with Nids.

You have a transport?  I have Hive Guard.  Auto-cannons but better.  You thought the Grey Knight Psyfleman was potent?  Mine is cheaper and doesn't require Line of Sight!!  Good luck with cover, Jimmy.  You just got imPWNed by my impaler cannons.
Horde armies?  Meet biovores.  Large blasts that'll wreck your day.  Again, no Line of Sight required, and ignoring a good amount of cover on the table.  And I can take 9 of them.  30 Ork Boyz?  Maybe for the first turn.
Need to crack heavy infantry?  Now we get into options.  A single Trygon is going to make a mockery of a marine squad.  Good luck wounding on 6's while I kill you on 2's.  Re-rolling to hit and going before you on the charge?  I'm dropping 6 on the charge, leaving just enough to mop up during your turn, which leaves me free to do it again on mine.
Feel like a flurry of blows is more your style?  Poison gaunts.  Hormagaunts are an unfairly cheap assault unit for what they do.  Running the best-of 3d6 means they're almost as fast as jump infantry (and move through cover means I don't care if I'm running through a forest to get to you).  Once I get into combat, I'm striking at I5 with 3 attacks and re-rolling 1's thanks to scything talons.  End result?  So many dice that not even your 2+ will help you.
Then of course we have Genestealers.  These guys are Close Combat embodied, and they're better than ever at it.  Do I need to say more?  Only one thing, Good Game.
Think it's a good idea to bring some AV14 to the table?  Meet my Zoanthropes.  Name one other weapon that's a S10, AP1 Lance.  Wait, yep, you can't.  Worried about psychic defense?  Hoods fail most of the time against my Ld10, and I always take multiple 'thropes.  Even the mighty Runic Weapons won't stop both of them.  And hey, even if you get lucky and stop them for a turn, I'm sitting pretty with a 3++ to see me through a turn of shooting.  Go ahead and lay into them for a turn while my plethora of MC's advance and prepare to assault your rear armor with 2d6 Penetration.

Oh, and if you thought using psychic powers was a good idea, go ahead and start taking your tests on 3d6.  No, that's not "take the highest".  That's a full 3d6.  Even Ld10 will fail half the time, plus any 2 that roll Perils cause the wound.

And that's the old codex.  What about the new one?  Dark Eldar.

Can you say Poison?  The basic weapon ignores your "superior toughness".  Mass fire from Splinter Cannons will tear through hordes and small elite units alike.
And of course the good ol' Dark Lance.  Need to pop a transport?  Done.  Need to pop AV14?  Oh, you don't have it anymore.  Not to mention that all of my vehicles can fire everything on the move, giving me both superior mobility *and* firepower.

As if that wasn't enough, the new book brought a whole slew of new anti-tank weapons.  The Blaster went up at an 18" range, allowing it a 24" effective range out of a vehicle (or 32.5" if I dismbark, nearly that of the lance in the first place).

Want a melta lance weapon?  Look no further, I get them on my fast units (scourges and reavers) that can get in place to use them most effectively.
Need to stunlock a vehicle?  How about the Haywire Blaster that glances you on a 2+ regardless of AV?  And yes, it can still Pen.

And what about after I've turned your tanks into slag?  Power armor?  Meet Incubi.  WS5, I5, S4 power weapons?  Sounds like a winner to me.  Have a combat master unit of your own?  Try to get out of my Wych Pit.  4++'s mean your power weapons are useless, and the agoniser will eat away at your squad.  Not to mention the benefit of Combat Drugs, which can make them all S4, or re-roll to wound, or give them Feel No Pain to shrug off even more damage.

Have an IC you like?  Let's hope my Archon doesn't introduce him to the Huskblade.  Unless you like insta-death, that is.  And giving me double-strength for your trouble.  6 S6 power weapon attacks on the charge (that still insta-kill regardless of toughness)?  I guess I could go for another to get up to S10.

I'd say more, but really I don't think there's much point.  We both know how this is going to end, but hey, if you feel up to the challenge, I guess I could find some time for an extra beating between my 3:00 and 5:30.
posted by Anonymous Foodie at 5:43 PM