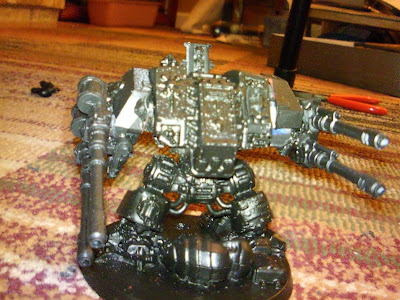 With my prize from Saltire, I purchased a box of new grey knight terminators.  I dug out my old termies and with a lot of glue, magnets, and loss of skin have my...

Have my 15 terminators, to include My version of Draigo, My Librarian, My Xenos Inquisitor, My Storm Raven, NEW Psiflemen Dread, and My Assault Cannon/Doomfist Dread. 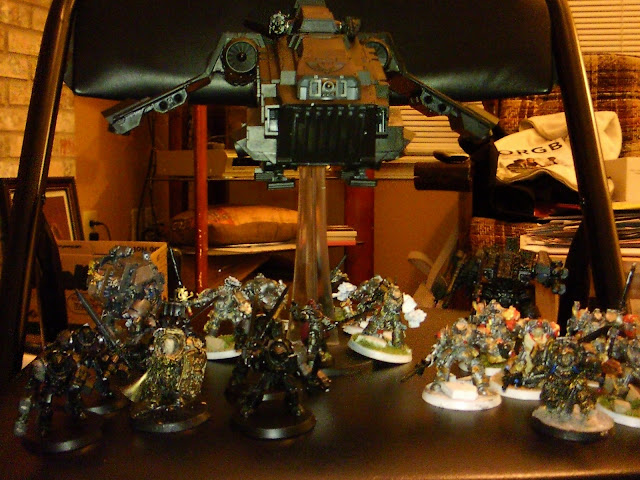 Now this doesn't show the 33 regular grey knights, but the new termies where a pleasure to put together.  I even magnetized one model (The one with the warding stave) to be able to switch to either a right handed, stave, sword, or halberd. He can switch to a left handed storm bolter, psycannon, or psilencer.  I even magnitized the terminator in the back with his left arm to use whatever new guy doesn't.

Draigo is Lysander with the coolest sword in the sprue and some Grey Knight Heraldry added. I magnitized the termie in the back with the incinerator to switch to a psycannon as well.

I am super excited about trying out these guys.  I also look forward to getting some paint and sprucing up the older models.

Get ready for the pain Indianapolis!! (Or at least fun trying!)
posted by Spaguatyrine at 10:30 PM