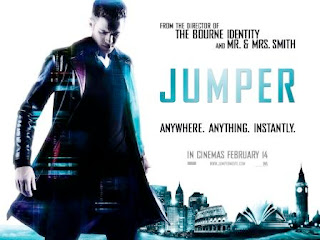 So Farmpunk shared around an email we got requesting Jump pack related Marines. I can't speak for the others but I get a bit giddy talking about my plastic flying men, and I'm always happy to share.

While I’m still trying out possibilities for my Blood angels in regards to a Jumpers list, I want to share what I’ve learned for others who want to give them a try. As I see it you have three main options. Hybrid jumpers, DOA, and The Sanguanary elite. Now Sandwyrm has a better concept of how to with his Emo-wing so I’ll let him explain that if he wants. From my understanding it is an all terminator list that trades invulnerable saves for mobility. I will be covering the hybrid jumpers and DOA armies.
Mainly I’ve been using Hybrid; partly because I don’t have the model count yet for larger scale DOA, and secondly because I’m still trying to figure out the best set up for them. Let’s look at my list.
Librarian; Unleash rage, fear of darkness, Jump pack
Priest; Jump pack, infernus pistol, Power weapon
Priest; Jump pack, infernus pistol, Power weapon
Furioso Dreadnought; Blood fists, Meltagun, Heavy flamer
Assault squad (10 man); Sarge Powerfist and Infernus pistol, meltagun x2
Assault squad (10 man); Sarge Powerfist, meltagun, flamer
Landspeeder typhoon squadron; Two speeders with typhoons and heavy bolters
Bike squad; 3 bikes, sarge with combi-plasma, plasmaguns x2
Storm raven; Typhoon missile launcher, Twin linked Plasma cannon, Extra armor.
I know it isn't the best list out there, but it is something I've been playing with for a while and I feel pretty comfortable with.
So let me explain my choices. For Hq it is between a Reclusiarch or a Librarian, The reclusiarch gives you fearless and a reliable reroll to hit when you charge, which you should be doing, and he is a more combat oriented Character. The librarian on the other hand gives you the opportunity to have preferred enemy when you get charged, has a hood to stop other powers, and comes in at 30 points less. For me the Hood is what sold it.
My priests are expensive, So people tell me. I get that reaction every time I tell them they are 105 points each. Eh, I like them and have never had trouble with it. They are Ws5 and have 4 attacks on the charge; yes I’m going to give them power weapons. I want extra melta in my squads, so they get infernus pistols. And the Jump packs are obvious but costly. They are beastly models that have probably killed more than the assault squads they are meant to protect.
Two full assault squads with meltaguns powerfists and a flamer, that is a good core to start with. The powerfists are there to do some heavy lifting though I might change them back to power weapons. Meltaguns are there for cheap mobile anti tank. The Flamer is to help with horde and save points.
And now for the main difference between DoA and a hybrid jumpers. 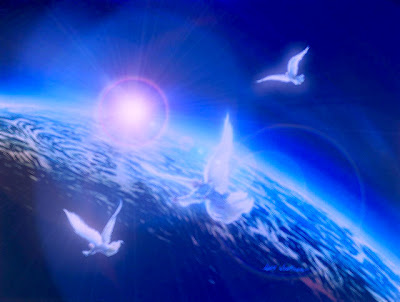 Typhoons give me first turn shooting at light transports, MCs, and can even handle horde well. They are very versatile and I love using them. The storm raven is much the same way. 4 AP1 missiles and Typhoons do a great job against heavy targets, and it can secondary against infantry well.
The plasma cannon on the Raven and the three man bike squad are there for the same reason. I have nothing in my list to reliably handle terminators. I don’t have the rate of fire of a dedicated shooting army, and my best bet is to put my assault squad with priest and librarian in front of terminators, shoot meltaguns and pistols, and then assault in. So I have to sacrifice a troop choice to take out terminators. Thus I added in the bikes and changed to plasma cannon. The plasma can also handle infantry, light transport and MCs easily enough. Worst case I use the bike as a blocking unit, they are cheap enough to be expendable.
And the Main reason I am playing with some mech in my list is the Furioso Dread. He is there to handle other dedicated assault units (not terminators). Let’s take a look at Deamons since they give this list a hard time if played well. Bloodcrushers normally go on the rampage in a list like mine, they are charging in with like 5 power weapon attacks each at Ws5 and S6 on the charge. They will wipe a squad out a turn if I let them. Now I assault in with my Dread, I have Ws6 to their 5, I’m wounding on 2+, and they are base S5 to my AV13. Yes they normally have one guy with rending, but he has to hit, rend, and then still get a 5+ on the rending bonus to even pen. I think I figured it out on average it would take 3 players turns for them to rend my dread, which is fine by me. I had held them up for multiple turns, and probably dwindled their squad down.
Halberd Purifiers will also tear through my assault squads like butter, so I give them a dread to fight instead. Nob bikers have a better chance with their Klaws, but if they didn’t charge, S8 still has trouble against an AV13 walker. I am thinking about changing him to Blood talons, and taking off the Heavy flamer. They will probably work better since he is mostly fighting infantry.
With those choices in mind, as I switch over to pure infantry Blood angels, I need to fill in the roles of these models I’m taking out.
I need a unit that will hold up dedicated assault units. I need something to help against terminator squads. I need more anti tank and more anti horde as I take out my typhoon launchers. My next post will cover what units I will take to fill these roles and how I equip them.
posted by TheGraveMind at 4:00 PM