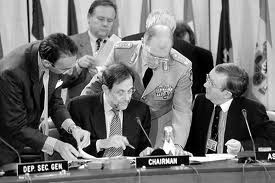 I know what you're thinking: "What?! You're not happy with the awesome codex you already have?"

Well no, not really, and it's been gnawing at me for a while.

The codex is certainly flexible and effective. I don't have a problem with it's competitiveness. But it's also feels... unfinished. Like it was designed one way and then scrambled up a bit before release. In other ways it feels bloated. With too many units stuffed in certain FOC slots and not enough in others. Given how similar the Tyrannid codex feels, I'm inclined to think it's a Cruddice thing.

Lots of stuff needs point tweaks. Both up and down.

More than anything else though, I just feel like it lacks... character. Particularly in comparison to the Ultramarine, Dark Eldar, and Grey Knight books. Sure, I can design any number of competitive forces using various kinds of tanks or artillery. But these get kind of... bland after a while. While the choices that are supposed to feel characterful either don't or aren't useful.

So let's go through some of the changes I would make to the codex. In this post I'm going to concentrate just on leadership and HQ changes. We'll assume that the points value for everything stays the same unless I mention otherwise.

1) Bring back the old 12" Leadership Bubbles.

The Guard is supposed to be a fiercely top-down organization, right? While Space Marines are supposed to be the independent-minded ones. So why are normal infantry squads running around with a Space Marines's leadership? Which is also the same as the Leadership of their Platoon Commanders.

Lord Commissars, Company Commanders, and Platoon Commanders would then all have a 12" bubble of leadership around them.  Any squad within 12" could use their leadership for morale checks and orders. We'll raise the base cost of a PCS 5 points to help compensate (35 base), and add 10 points to the CCS squad (60 base). The cost of platoon infantry squads would remain the same.

2) Give some orders to the Lord Commissar. 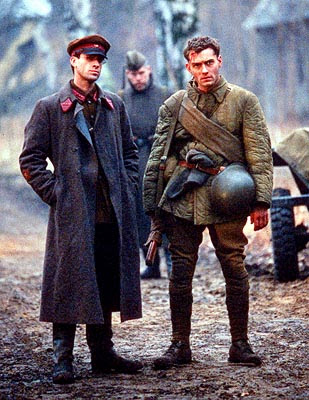 He should come with 3 orders: "Get Back In The Fight!", "Move! Move! Move!" and a new one called "I Said HOLD!!!" that would grant stubborn to a squad until their following turn. He would be able to issue 2 of these (on second thought, just one) per turn. These would not only be fluffy, but would make him a viable low-cost Commander for a mechanized army. Instead of just being the Heavy Weapons Squad baby sitter that he is currently. 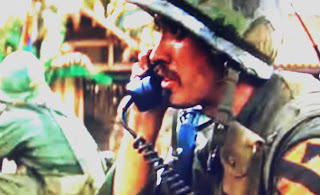 Scrap the order re-rolls. Voxes should enable any squad that has one to receive orders from an officer that also has one in his squad. But they don't get the benefit of that officer's leadership if they're outside of his 12" bubble. "What's that sir? I can't hear you!"

Creed is fine. But Kell needs to be 30 points and simply allow a re-roll to failed orders for the officer he's with. 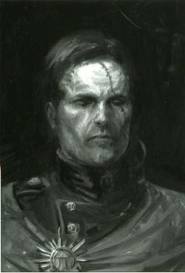 It's pretty obvious if you look at his fluff and picture that he was originally intended to be a Stormtrooper commander. I'd be willing to bet that during testing he made Stormtroopers troops and that he got demoted when GW decided to make Hot Shot Lasguns be AP3. Because oh noes, we can't have an army of Marine killers running around!

Fine. Let's drop the AP3 (It's not that great anyhow) and make them 18" Assault 3 with a lasgun's STR and AP. Which makes them fiercer without going the AP3 cheese route. This way they'll kill half the Marines, on average, as the AP3 version. But they'll kill a third more Orks (About the same as Bolters). That would also allow a 2 point drop in cost (to 14 points) and mesh better with their extra attacks (pistol + CCW) in close combat. If any IG unit is going to drop from the sky, shoot, and run screaming into a unit of Orks, it's Stormtroopers. :)

So back to Bastonne. He should be an 70-point upgrade character that does all of the following:

That would give the IG a viable Air Cav option that isn't just an alpha-striking glass hammer. 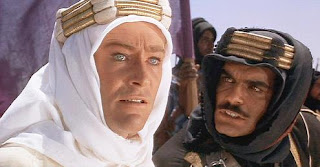 Let's make the guy actually be useful and interesting instead of a one-trick pony. He's supposed to be a sneaky master of guerrilla warfare, so let's make him an 80 point upgrade character that does the following:

1) Grants Infiltrate to all platoon squads under his command that don't take a Chimera.
2) Grants Scout to all Rough Riders under his command.
3) You give up all of your heavy support slots, but can take up to 4 Fast Attack and 4 elite units.
4) After both armies have set up, but before infiltrators are placed, he may move one objective up to 12" in any direction. As long as it is at least 12" from any other objective or table edge after it's move.

This would become my preferred army very quickly.

Make him a 40-point upgrade character that makes Rough Riders troop choices. He gives his own squad horses, hunting lances, and Scout. All Priests and Lord Commissars in his army may get horses for free. 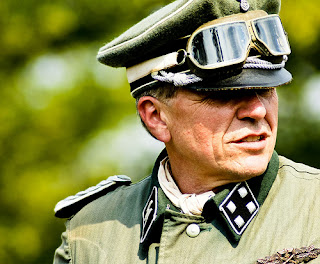 I would have Pask be the way to unlock the Russ-centric armored company that every tread head really wants to run instead of Chimera spam. He belongs in a Leman Russ Vanquisher. But we need to fix that tank first. Let's make it 185 points base, with a standard S8 AP3 large blast in addition to it's anti-tank shell. You know, just like it was in the 2nd Edition codex.

To this, we add Pask for 65 points. Making the unit 250 points and BS5. Pask loses his other current special rules, but gains the following:

1) You lose 1 HQ, 1 Elite, and 1 Fast Attack slot, but may take 5 Heavy Support choices.
2) Only Russes or Hydras may be chosen for Heavy Support. Pask hates artillery.
3) Leman Russ Vanquishers become Elite choices instead of Heavy Support and have BS4. They may not be squadroned.
4) Tank Commander: Pask may issue the "Bring It Down", and "Fire On My Target" orders to any Russ, Russ Squadron, or non-embarked infantry unit. He has no other orders.
5) Intolerant Purist: An army containing Pask may not take Abhumans, Penal Legion Troops, or Psykers of any kind.
6) Guileless Strategist: When deploying, do not roll for first turn. An opponent of an army containing Pask may choose to go either first or second. If going second, an army containing Pask will seize the initiative on a D6 Roll of 5+.

Russes would still not be scoring.

Make his useless "Nightshroud" power simply mimic the night fight rules. Raise the base cost to 85 points and give him a LD9 hood. It's right there on the model anyway.

What do you guys think?
posted by SandWyrm at 12:59 AM