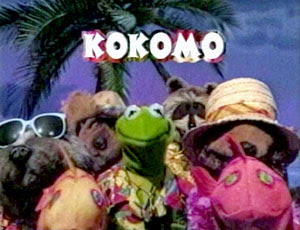 Ya like that?. I just totally named our tourney.  I have no clue if it will stick or not.  As many of you have been emailing me, I have been furiously writing down names and getting everything finalized.  Just so you know, here are the specifics:

April 23rd: 11:00 am 'till uberdark is crusty and done.
We will open the doors around 10:30
1500 points.  WYSIWYG
Admission:  $15
3 rounds
Round time:  1 hour and 45 minutes.
Armies must be assembled but do not have to be painted.  You MUST PROVIDE 4 LISTS  One for you and one for each of your opponents.  You will be running the same list all three games.   Standard Force Organization applies.
Yes the new Grey Knights codex will be able to be used.  (FYI. Coteaz makes henchman warbands not require an inquisitor, and they ARE troops. ie... you can have 6 henchmen squads as troops, and 2 attached to HQ inquisitors.) Codex DaemonHunters is invalid for this tournament.

Prizes:
1st, 2nd, 3rd prizes are $90. $40. $20.
Door prizes:  Gamesday ticket, painted miniature of your choice (painted by me). Door prizes of the following: grey knights, grey knights terminators, grey knights dreadknight, grey knights codex. (note:  if you do not want the grey knights prizes you may trade for in store credit of equal value)
Best painted army: $25, best painted miniature: $15.
3 more $15 door prizes
Wooden spoon award for last place $15.
All prizes will be given through Gamer DMZ gift cards, and if we do not have the items you need that day, it will be ordered and sent to you in the mail free of charge.
THATS 16 PRIZES GIVEN YO!!!
go ahead an add that stuff up.  TON O' SWAG!!

Mission packs:  Before I go any further.  If you don't like them, sorry.  This is what we're doing.  Being the type of person I am, I went for short and sweet. So we are going with Nova Primer Mission packs.
NOVA PRIMER MISSIONS

The mission goals will be as follows:
Missions will be a combination of a Deployment style, (Dawn of War, Pitched Battle, Spearhead), and the 3 goals above. The primary, secondary, and tertiary goals for each round will be different.


I will also be putting up first names and last name initials for the list of who's playing on a forthcoming post. (or perhaps as an addenum to this post)
example:  john brothers goes to John B.  MAKE SURE YOUR NAME IS ON THERE.  IF IT IS NOT, YOU ARE NOT SIGNED UP.  Let me know if you are playing by WEDNESDAY APRIL 20TH BY 10PM.  After that the registration is closed.
So rock on! and hope to see you there!!!