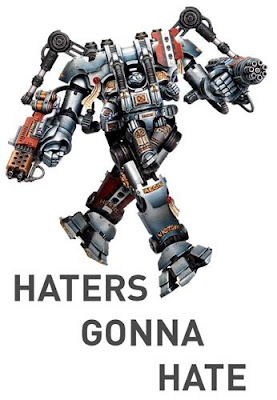 I'd like to take a moment and say wow.  just wow.  Yesterday I managed to go to g2d4 and play two awesome games.  Spag had originally set me up a game with scottydont but he was late in showing up, so caulynn darr and i threw down for a game of gk against my 1.5k orks tourney list ive been playing with.

We got to start up a game and got 5 objectives and dawn of war.  we spread all of them basically out in the middle so that we would have a huge kill floor. I generally place one or two on my side, but i did not like the idea of letting caulynn shoot the crap out of my orks.  knowing he was deep striking i got ready for an amazing amount of small units dropping in.  when he dropped in, almost everything moved a whole 1".  the scary thoughts of gk hitting all their marks and blowing me up was about to become a reality.  as we continued playing, he took out half a unit of lootas, and i lost a trukk to immobilized.  this was when things changed. my bikers came in and dual assaulted his dreadknight and another unit.  we managed to lose 2 bikers, but i hit his dreadknight with 10 pk hits, scoring with 7 wounds.

now this is where things changed, his next turn caullyn brought on the pain with tons of shooting, and was in assault range of a lowly 12 orks.  he kills 4 or 5 causing me to make a morale test.  i failed and DID NOT take the bp hit to regroup.  i went back 10 inches and he was out of assault range.  that was what really helped me win, the next turn i brought out 20 boys with shootas, double tapped and made my morale save with my other orks, and moved up to take him back on.  after turn 4 we called it and i moved on to scottydont.

an important note:  caullyn darr had a really bad case of dice herpes.  where as i had 6's like crazy.  also if he would have assaulted that unit in the middle, things would have caused me to refigure what to do.  also the assassins are evil and all need to die.  lol.  i look forward to playing caulynn again and hes a top notch awesome player. 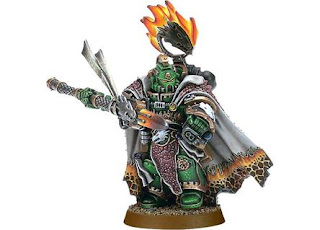 on to scottydont:  we rolled up dawn of war and kp at 1750.  i had been working on a new list lately, toying with playing two units of nob bikers instead of the usual one.  rhionnay brought this idea up to me the day before and we started out.

of course scotty let me go first.lol.  i castled on one side and left a tasty unit of nob bikers and warboss on the other side.  he did not go for that unit of course.  i also kept the other unit with the bikerboss and bikers in reserve.  much of my guys kept at a castle formation basically to keep scotty from getting all those drop pods on me or behind me.  turn 1.  he pops down, immob. a drop pod and dropped a crap ton more.  he managed to blow one bw up and kill 9 boys.  blew up another trukk but ramshackle helped out not at all and i blew up right where i stood.  he flamed and killed, more orks.

turn 2:  my bikers on the other end make their slow move forward.  (this would be a crucial mistake imho for me)  i roll to bring on my other unit in reserve and they come rollin up.  i decide its time to go through some difficult terrain.  AND I MANAGED TO DO 3 WOUNDS ON MY BIKERS.  i mop up two pods, other boys move in and take out 2 more squads, and a dreadnought with my pk.  then its scottys turn.  man can he roll.  we basically went tit for tat and i lost more stuff and his scouts fell back.

turn 3:  i move those awesome nob bikers through diff terrain and managed to do 2 MORE WOUNDS.  losing both big choppas and waaagh banner.  my other surviving bw deff rollas his tasty land raider.  causing a wreck.  my bikers immob his land speeder. my other bikers slowly move in again.  more killing on both sides. He brings out the vulkan thunder hammer termies and blows my trukk and bw to crap.  it was JUST BRUTAL.

turn 4 and 5:  basically end up with boys hitting up against thunder hammers, fall back, my other unit of nob bikers dies, and the guys who started out on the other side move in and take out a drop pod and those juicy snipers.  oh yeah and they(other nob bikers) had to move through cover taking 3 MORE WOUNDS!!!

we roll a one on turn 5 and its a tie!!!
flat out one of the most bloody and fun games i have ever played.  soctty rocked and in my opinion just kicked serious butt.  we both rolled hot one moment and ice cold the next.  a very nail biter day.

if i had put my nob bikers closer it might and i mean MIGHT have ended differently, but it was so close.  he didnt really make any mistakes the entire game and really brought the hurt.  another thing that i never have happen is losing 7 wounds to a unit based on 12 rolls.  that sucked mightily if they had not had that happen man they might have lived another turn.  but such is the case.  looking forward to changing this list up a bit and take on some guys at the G2D4 tourney in may.
rock on all.
posted by uberdark at 11:32 AM