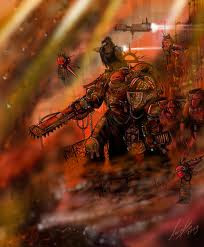 I got off work and stopped by my local gaming store to hopefully get in a game.  The Gravemind showed up just in time to play a game. I tried to play Uberdark, but he was afraid of the bright light shining off the grey armor of my Knights!.

The mission we played was seize ground with 4 objectives and Dawn of War.  Gravemind won the roll and decided to go first.

Librarian
Shrouding, Might of Titan, Warp Rift, and Sanctuary

The Sanguinor. (I had to put the word 'The' for some reason)


Gravemind deployed as seen below.  I elected to keep everything off the table and bring everything on first turn. 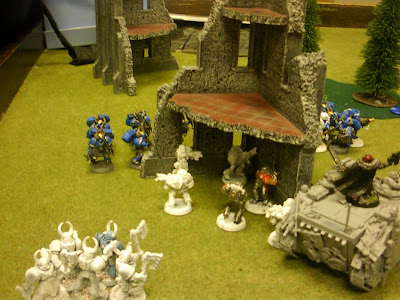 I left my pskers at home so used the models above as my psykers. His vanguard dropped withing assault range and kill them all.  That Strength 7 ap 1 large blast would have been nice. Stupid roll of a 2 on their run move!

He shoots at my Chimera with 4 melta's in double dice range but fail to do anything because of my Shrouding.  His hood fails him, while mine wins everytime except 1 turn which gave him an opportunity to hurt me pretty bad. He dropped very well and stayed out of warp quake territory. 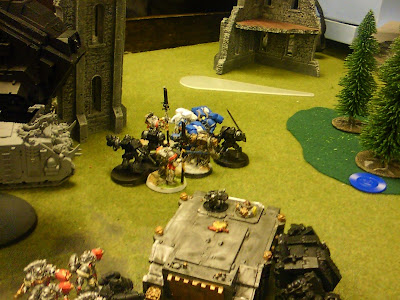 My libby joins up with the 5 CC termies and warp quakes and shoots 2 of 6 assault squad members. Might of Titan is cast to make them Str 5, then Hammerhand to make them Str 6. I wipe him before he can even swing with the 2 halberds.  The Raven moves forward and drops the CC dread infront of THE big S.  I move my Rhino and auto dread as seen above, and jump the strike squad out to put lead down range.  Shooting does 0 wounds to The Big S, and kills the Sgt with powerfist. 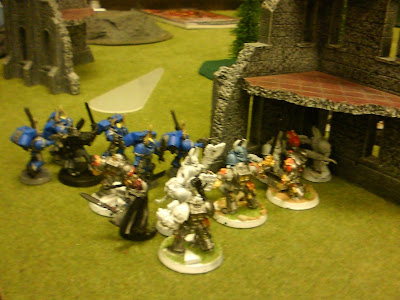 I get out of the Chimera and multi assualt the Vanguard and the Assault squad. The psychotrokes do nothing to the Vanguard and reduce leadership to 2 for Assault Squad. The Rad grenades make the toughness of both units 3.  The grey knights cast hammerhand, ensuring I wound on 2's. I wipe the entire Vanguard squad, and all but 1 assault squad.  He does 2 wounds with the powerfist, but my 2 swords make their invol saves. His last model must take 8 fearless saves, and dies with the glint of grey metal armor above him. He does kill the 1 terminator with the 2 nemisis falchions. 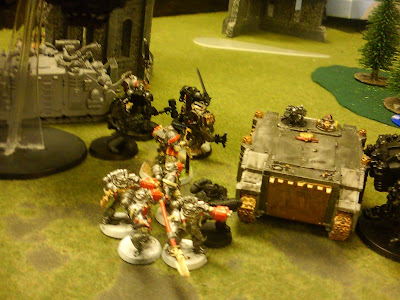 I consolidate 4" back to this positition just out of range of his assualt range even with his jump packs.

On his turn he flies his 1 assault marine into the woods to try and hide him to claim the far objective. His librarian jumps alone and even with the -4 leadership with the reinforced Aegis, castt the Sword of Sanguaine and explodes the CC dread before it can even assault due to a very good move of keeping the libby withing 6" of the priest with the Sang Guard.  Unfortnately  he is out of assault range of anything due to my dread and Rhino blocking the direct route. 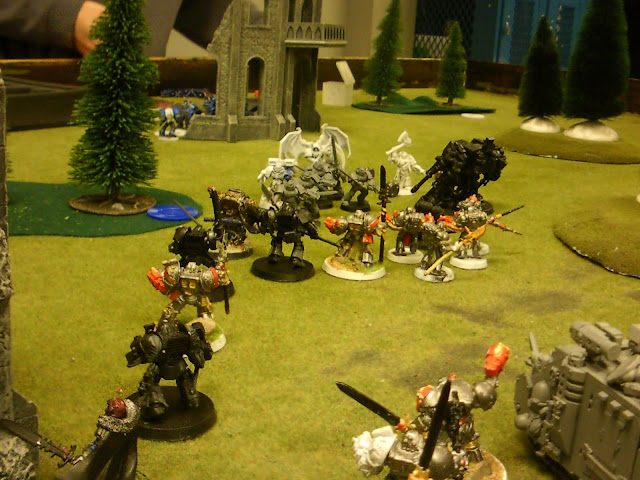 The auto dread kills the librarian with 3 Str 8 autocannon shots. I shoot everything else at THe big S and he passes too many saves. 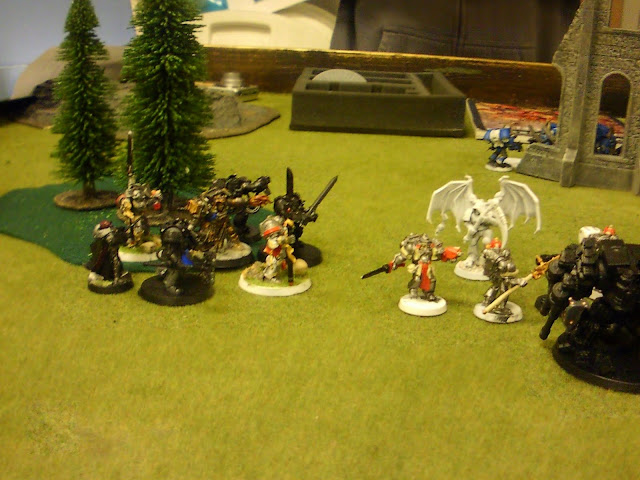 Gravemind goes  for the easy kill and wipes the Strike Squad easily then gets ready to face the Terminators. His last assault squad moves inside the ruin to get some distance from my speeding Raven. I consolidate in a protective manner around the librarian with the termie. 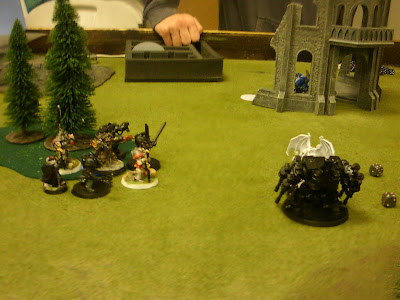 After he wipes them he moves into cover for a last stand. I move everything within range to shoot him and then hopefully kill him in the assault. He goes down to storm bolters....! Really!  I shoot and kil1 model in the Assault squad and Gravemind Concedes the game. It is his turn 5 and I have 2 troops left that can claim 2 objectives and can still wipe his last unit.

I will give a detailed update when I write my 10 battle synopsis, but again the grey knights close combat prowess was able to take out a very powerful close combat Blood Angel army with very little difficulty.  Gravemind played a great game, but was beat by the power of the grey knights.