My Thoughts On The Competitiveness Of Orks 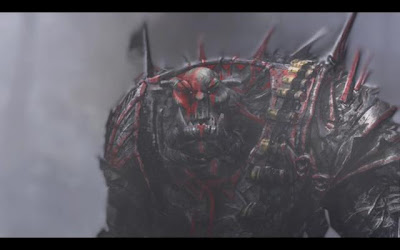 Uberdark took issue with something I said about Orks in the comments to my last IG article. So rather than derail that conversation with Ork-talk, I figured I'd lay out my thoughts in a proper post.

Here's what I said:


The problem with Orks is that competitiveness in 40k, more and more, is becoming all about reliability. But Orks are inherently random. It's part of their character and appeal. If you roll well as an Ork player, you'll smash face. But if you roll below average, you'll have an impossible time of it against an equally skilled player with another army.

And ya know, that's not necessarily a bad thing. There's a place for an army like that. Especially for new or more casual players. I don't want the Orks to become cold and calculating like the Tyranids.

To which he replied:


the ork army as a whole IS a tournament worthy army. and they are not just for new or casual players. thats where i disagree, you might not be able to get a win out of it every time, but they do quite well in many settings. again im stuck with this thing in my head that says, "you can beat any army as long as you interpret the setting, player, their tactics and your tactics."

i feel like when you say, "theres a place for an army like that" you are just patting me on the head and saying, "aww its ok kid." i dont know if you mean it that way, but thats how it seems. i respect ya tons and you have helped me out a lot and of that i appreciate it too. :)

i guess what im saying is any army with all its weaknesses has many other strengths. Some might be better than others, or vice versa, but he make what we can out of them and go from there.

To Which I Reply:

I don't mean to insult you at all. I'm just trying to communicate my understanding of Orks properly.

Balancing randomness and competitiveness in a game is a fundamental aspect of formal game design theory. It's a fact that new or casual players tend to (but not universally) prefer games that have a larger degree of randomness (Like Sorry, Monopoly, or Craps). Because it compensates for their lack of skill and evens the field somewhat vs. better players. While competitive/serious players tend to (but not universally) gravitate towards games that are more deterministic (Chess, Go, Poker). Because they want the outcomes of the game to more closely match their objective skill level.

So if you have an army, like Orks, that is more Random than the others (and is cheap to collect, like Orks are), it will tend to attract more new/casual players than say Eldar or Tyranids.

Yes, Orks can win tournaments. I've seen it happen. But I do think they need to have luck on their side to do so. Not because they're that aweful, but because that's how they're intentionally designed. They benefit from good luck more than any other army, but they also get torn up by bad luck much worse than other armies. You're like a poker player that's forced to swap a card in his hand for a new draw from the deck at the beginning of every round of betting. It can really help you if you're lucky. You can even learn to plan for it and improve your odds of drawing something good. But there's going to be a lot of times that you started with a  Royal Flush and were forced to throw a card away that you wanted to keep. Losing the hand as a result.

Now... If you roll precisely average as an Ork player, you'll do much worse than most other 5th Edition armies. That's where Orks need to be fixed. Not to bring them up to exact parity, but to make them less worse than the other armies when all rolls are average. I say "Less Worse" because if you make them exactly even then they'll dominate too much (as a codex) due to the boost they get from having good luck (when it hits).

You can still play Orks well or poorly (and you play them well). But at some point you're going to max out at a level of win that is lower than that of equally skilled players with more deterministic armies. That's by design, and it doesn't mean that you're a bad player. Just that your army is more random. Farmpunk has the exact same problem with his Sisters. His Exorcists are so random (D6 shots) that he'll either do really well with his long range fire, or he'll whiff completely. No matter how well he plays the rest of the force, he can't control that wild card.

Mike Brandt put up a great post yesterday on why the blandness of the Adepticon winners' lists was actually instructive. Because the winning Space Wolf list (and the 4th place Nid list) were built not to be awesome-smash efficent, but to be as reliable as possible. Because in a Win/Loss tourney with 8 games, reliability counts for more than luck. Whereas in standard 3 round tourneys, building to maximize your potential for good luck is a legitimate strategy.
posted by SandWyrm at 4:23 PM